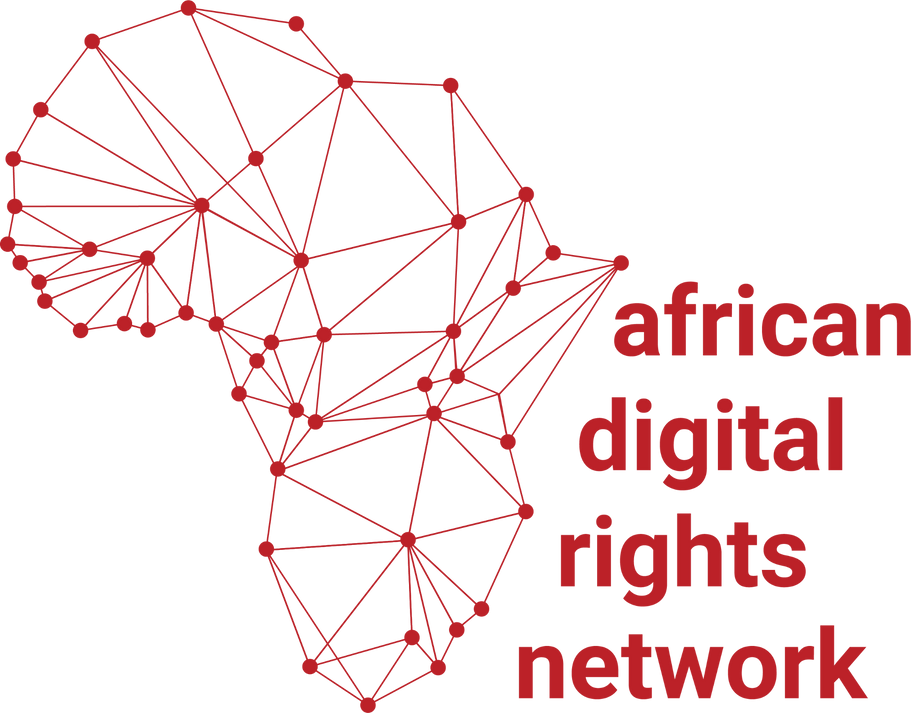 The African Digital Rights Network has produced the first comparative analysis of how digital technologies are being used to both open and close online civic space across ten African countries. You can download the full report here or the individual country reports at the foot of this page.

Digital Openings: the most common factors  contributing to opening online civic space were

Digital Closings: the most common tactics being used to close online civic space were

The research makes recommendations about how to address gaps in evidence, awareness, and capacity. Recommendations include working with: 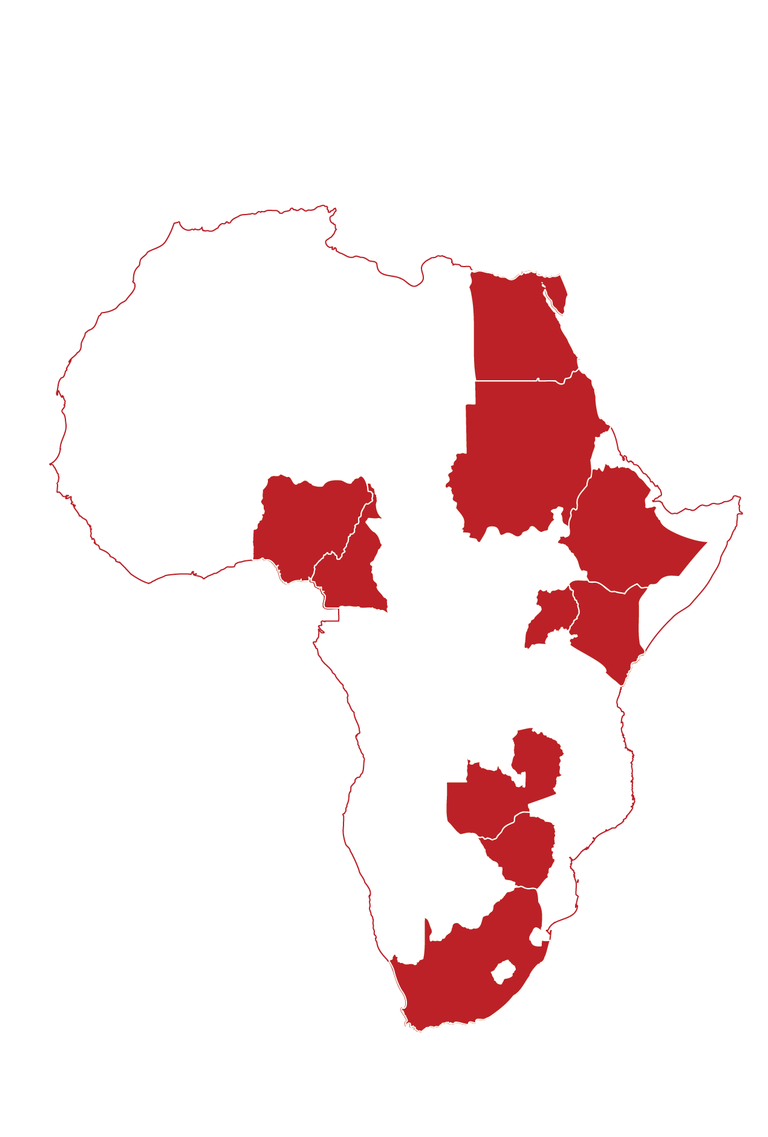 Increased police violence against peaceful street protestors is closing civic space in Nigeria. With their freedom of opinion and freedom of expression under attack in offline spaces, millions of Nigerians go online to use social media to protest and hold government accountable. The recent #ENDSARs campaign against police brutality is a clear illustration of this opening of online civic space and it is well documented in the Nigerian Digital Rights Landscape Report.

However, the challenge of online protest is that it leaves digital traces for state security forces to track citizens. As the report shows, the Nigerian government has invested heavily in artificial intelligence-based technologies from the Chinese tech giant Huawei which allows it to conduct mass surveillance on citizens' mobile and internet conversations. By this means voices critical of the government can be targetted for attack online by government trolls or targetted offline by the police.

The future of digital rights in Nigeria depends partly on the laws that govern digital spaces. Laws can be used to either protect or diminish the right to privacy, opinion, and speech. This Digital Rights report argues that the interpretation of existing laws in Nigeria have had the effect of discouraging civic participation and that proposed news laws contain even more ominous clauses. 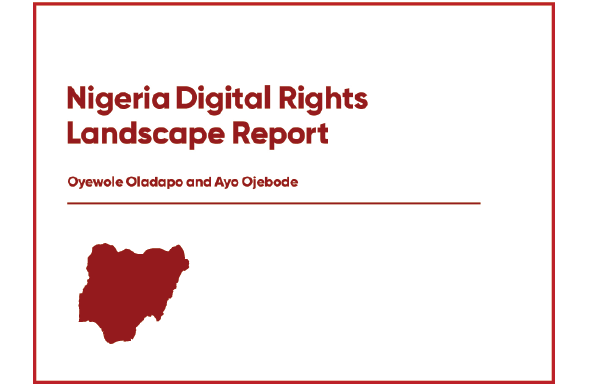 The Zambia country report report details how civic space in the country has narrowed for peaceful opposition and independent journalism. It also highlights the threat to online civic space posed by major new investments to expand state surveillance and restrict freedom of expression. A 250-million-dollar National Command Infrastructure tower block has been erected next to the national intelligence headquarters in Lusaka and proposed new laws threaten the right to privacy and to freedom of speech.

The report begins by outlining how the country’s wider political landscape shaped openings and closing of civic space. The authors shows how previous changes to the Public Order Act, Penal Code and NGO Act were used to censor freedom of expression and curtail civic rights in offline spaces. Now the attention of Zambia's legislature has shifted to controlling online spaces. A raft of proposed new Bills are causing alarm in civil society including the Cyber Security Bill, e-Government Bill; Data Protection Bill; and Cyber Security Bill. Civil society organisations have detailed the range of ways that these laws threaten to restrict human rights online.

The extension of existing efforts to close civic space to the growing digital public sphere in Zambia has been accelerated by the coronavirus pandemic. Since recording the first Covid19 cases in March 2020 presidential decrees have regularly been used to narrow the civic space for opposition voices in the run up to national elections in August. 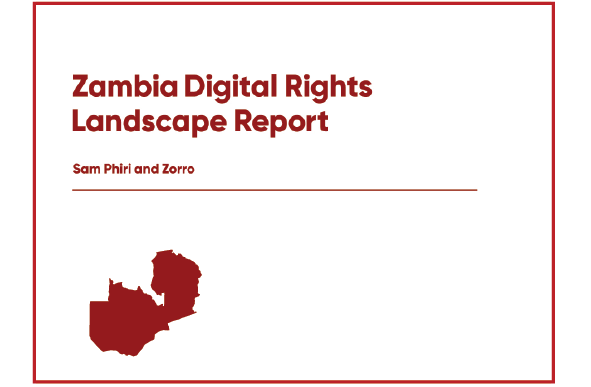 The political context shapes online and offline rights in Ethiopia. There was a dramatic closing of civic space by the government when the ruling party suffered electoral losses in 2005. Ethiopian activists used blogging to open online civic space and voice their opposition. Homegrown blogging platforms like Nazret pre-dated websites like the Huffington Post by many years. In 2014 online expression came under attack when critical journalists and the Zone9Bloggers were arrested. Atnaf Brhane, co-author of the Ethiopia Digital Rights country report, was one of the arrested Zone9Bloggers and spent 540 days in jail before joining Ethiopian digital rights organisation CARD.

This Digital Rights report documents how the Ethiopian government has procured FinSpy and Hacking Team technology from Europe and surveillance training from the US government enabling the state to breach citizens’ right to private communications. The government’s centralised control of telecommunications has also made it relatively easy to enact internet shutdowns at the local and national levels. Often the closing of online space was targeted on the Oromia region specifically where opposition was being expressed.

The Digital Rights Landscape in Ethiopia is at a crossroads. On the one hand, protests ushered in the media and civic space reforms of new Prime Minister Abiy Ahmed. On the other hand the reforms have created tensions within the ruling elite that have resulted in civil war and violent repression. Online openings have proven to be fragile and subject to rapid reversal, often at the flick of a government-controlled switch. Download the Ethiopia report here authored by Iginio Gagliardone and Atnaf Brhane. 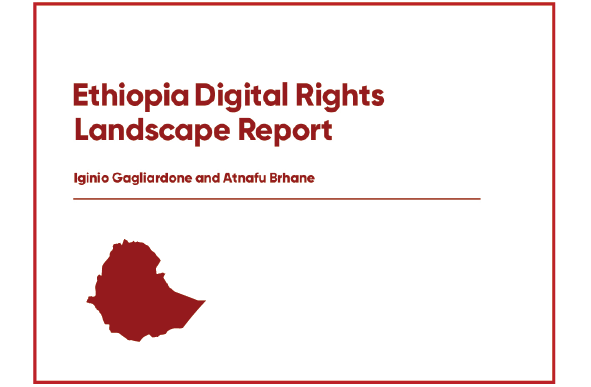 Closing civic space in Sudan has forced  human rights advocates to flee the country. Journalists and demonstrators experience police violence, and incarceration. The country has been ranked as one of the least free countries in Africa by Freedom House.

The Sudan Country Report charts the  contours of the Digital Rights Landscape around the uprising that ousted the corrupt regime of al-Bashir in 2018-2019. The report graphically illustrates how online space has become key to the exercise of fundamental human rights including the right to privacy, freedom of expression, freedom of assembly and freedom of political opinion.

During the popular uprising Sudanese citizens took to the streets to protest and created viral hashtags such as #BlueforSudan #SudanUprising and #IAmTheSudaneseRevolution. However, the Transitional Military Council (TMC) that replaced al-Bashir in April 2019 was itself imposing  internet shutdowns by June of the same year – to suppress the military crackdown that left hundreds dead, injured and raped.

Internet shutdowns are often used to cover up human rights abuse as well as itself being an abrogation of citizens' right to information, communication and expression. The Sudanese authorities are now investing heavily in surveillance technologies to monitor citizens’ mobile and internet messages. Citizens are responding by developing their own use of anonymisation software including virtual private networks (VPNs), and encrypted messaging apps such as Signal. Download the Sudan report here authored by Abrar Mohamed Ali. 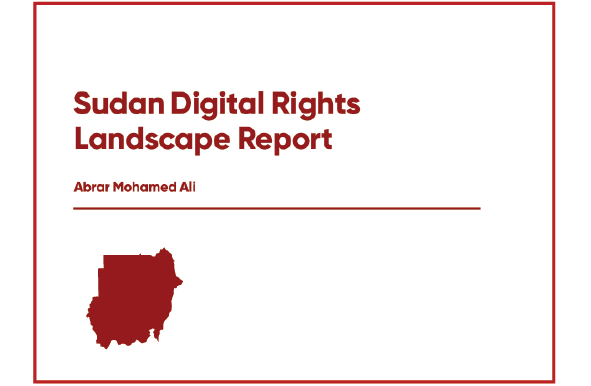 Kenya is one of the most digitally connected countries in Africa and a global leader in the use of mobile money. It boasts a vibrant civil society despite restrictive laws and arrests of journalists and bloggers for online expression.

The Kenya Digital Rights Country Report highlights the positive use of social media by Kenyan activists as well as repressive measures by the state. Kenyan 'civic tech' innovations, most famously Ushahidi and iHub, spawned hundreds of imitators across the continent, using digital technologies to highlight rights abuse and build practical solutions.

The report charts a dramatic contraction in civic space in Kenya since the post-election violence of 2007 and the rise of repressive state surveillance and disinformation. The report notes that Cambridge Analytics was hired by the Jubilee Aliance in Kenya's 2013 elections several years before their Brexit and Trump work led to the company's shutdown .

The report argues that the reduction in offline civic space in Kenya explains why most recent civic rights victories have come - through necessity - from digital campaigning and strategic litigation as these are the spaces that remain open. Download the Kenya Digital Rights Landscape Report here. Authored by Nanjala Nyabola. 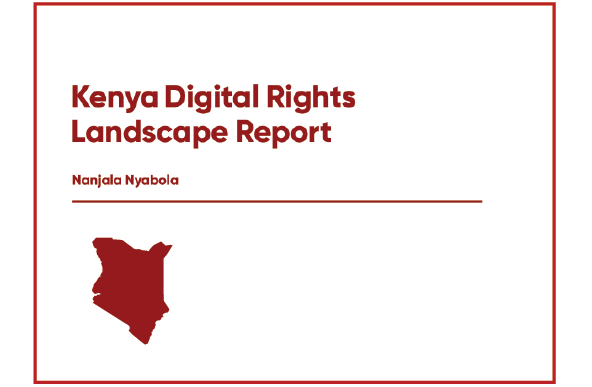 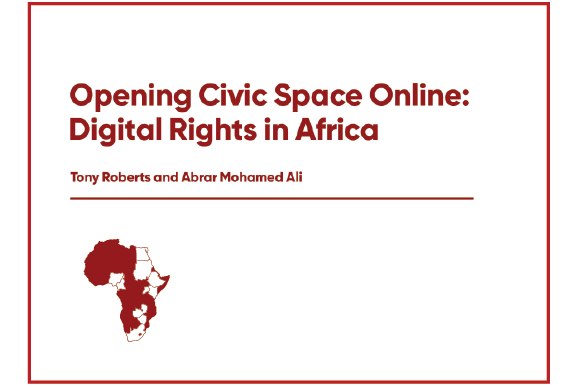 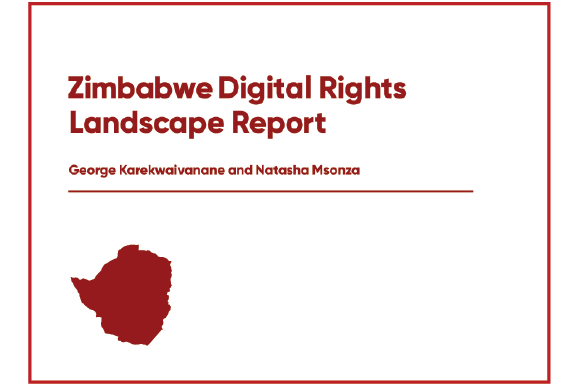 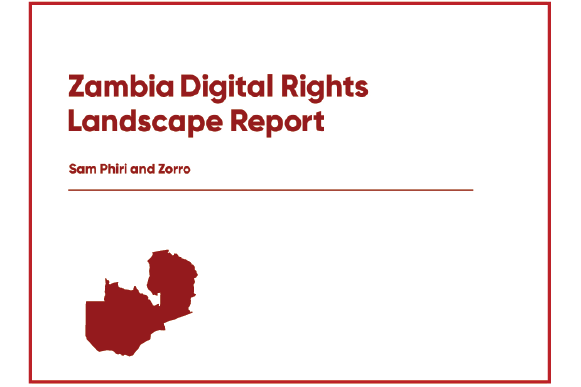 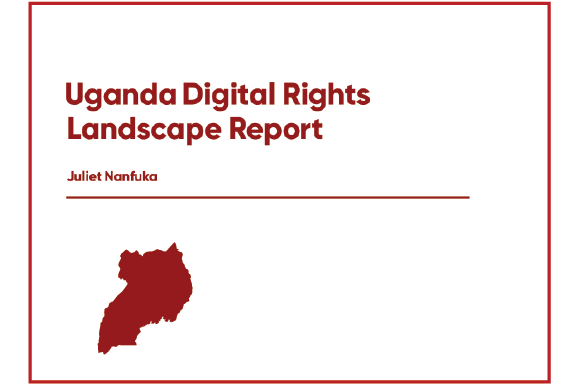 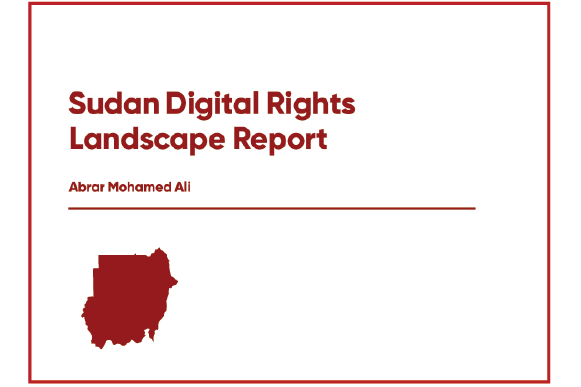 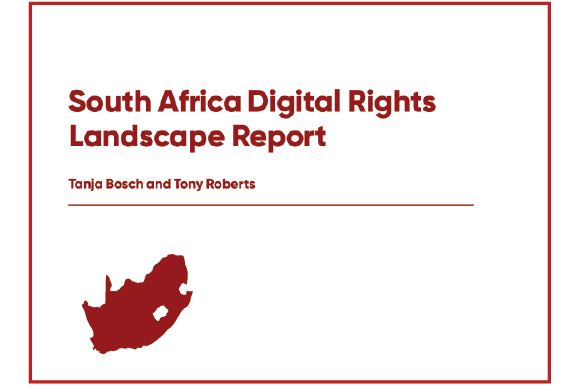 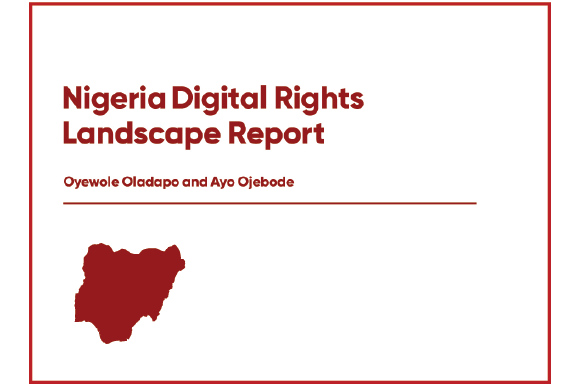 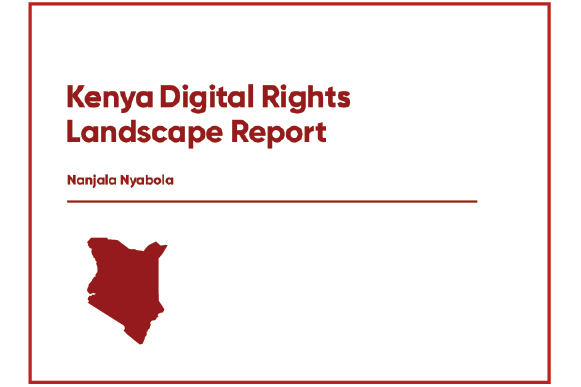 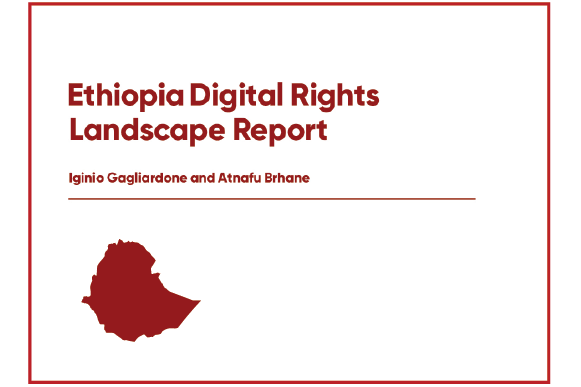 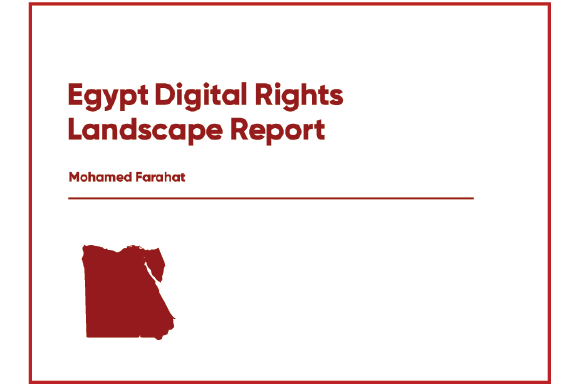 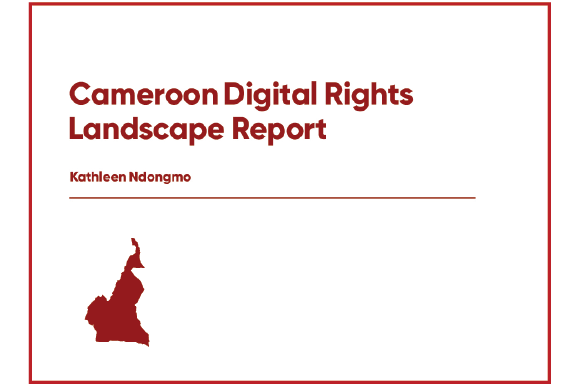